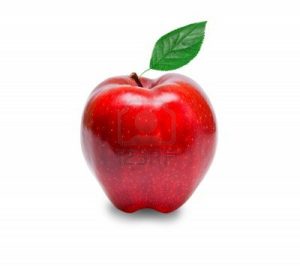 Yesterday, Apple announced the biggest iPhone ever, with stunning new displays. They also introduced a new watch that will read your EKG better, stronger, faster. Yawn. Sorry, what?

If this morning's mullet wrappers (as an old boss used to call the tech press) are any indication, they are less thrilled then I am about the new Apple hardware. Lead on Computerworld this morning? A review of five digital whiteboards. Apple's releases were the fifth bullet down behind Slack adds enterprise key management and How you can train for your MCSA and MCSE certifications (a house ad).

A couple of days ago, one of the luminaries in the Apple world asked Has Apple lost its shine? A valid question, especially related to the release yesterday. Sure, there are those that will go gaga over the new hardware, but those of us that have been in IT for more than a couple of months don't pay attention to new processors unless we need a feature in that new processor. And when it is only a tock (speed, security) upgrade, we really do not get excited.

Apple will continue to promote its new devices. The iDevice market is a considerable part of their revenue stream so they really cannot do anything else. But when the most exciting thing is the camera (and I can buy better glass for my DSLR for less money then they will ever be able to stuff in a phone case), perhaps Apple really has lost its way.

One minor thing of note. In iOS 12, there will now be almost complete support for the reading of NFC tags. I say this is a slight note because the NFC people have been asking for this for more than a decade when it first appeared in Android devices. Thanks for joining the planet Apple.

I recently had the opportunity to drive a car with these new auto-start/auto-stop engines. You know the type. You are standing next to an idling car, and suddenly the engine stops. In the old days, we called it a stall, but new engines are doing it for fuel savings and saving the environment. I am all for protecting the environment, but I am not a huge fan of these engines. Let me explain.

These were first seen in high-end Mercedes and BMW cars. Today, they are everywhere that is not a hybrid. The idea, as I said, is to reduce carbon emissions while at idle, something most cars do a lot of in urban environments. Idling creates a lot of carbon because the gas does not fully combust, unlike when the vehicle is in motion (not entirely sure why) and it also creates a pocket of concentrated CO2 gas, along with some other not so healthy gases. So anything that makes idling cleaner is a good thing.

The problem comes about when you need to actually get going again. Because the engine actually stops, there is a brief delay before it gets started again. This is a bad thing in certain situations.

For example, if you are anything but number one in line, the delay in getting the engine started, and the gears engaged (all of which is automatic) is not a big deal. The three or four-tenths of a second it takes is manageable and usually is accounted for by the car in the number one slot getting his vehicle moving. Not a big deal.

However, if you are in the number one slot, and the car behind you is not suffering from waiting for his engine to start, you are going to get honked at, at the very least. I had a couple of near collisions simply because it took that much longer to get the car moving off the line when the light turned green.

The second issue is safety. I was taught, when I learned to drive a stick shift, that you never ride the clutch. The engine should be engaged at all times. The problem is that the sensor that puts the engine to sleep when you are idling at a traffic light does not know the difference between idling at a traffic light and waiting to make a left-hand turn. I had the engine cut out just as I had an opening to make a turn and missed the opportunity because the engine was off and had to restart. Fortunately, there was no one behind me trying to make the light as well. This is not safe. The same is true with stop and go driving. I had the engine shut off just as I went to touch the accelerator.

Finally, a minor note. The engine shutting off also shuts off the air conditioner. It will kick back on, but I can see where hot climates will result in higher in-cabin temperatures, especially in stop and go driving, where the engine shutting off actually makes it more uncomfortable inside for the passengers. Again, I cannot see this as a win.

I am sure someone has done the math, and everyone is perfectly happy with the reduced emissions, while the safety issues are perceived as minor. As a driver, I do not find that these sorts of engines are good, or safe. Time will tell.