In January, we have National Handwriting Day an excuse for those of us who like the art of writing to celebrate what is becoming a dying skill in this age of digitally processed information sharing. Following on that, a new challenge has popped up in February, called A Month of Letters. The goal of a month of letter is to send a letter, postcard, or respond to any handwritten message, by mail, every day of the month except for Sundays and President’s Day (since it is a US challenge). 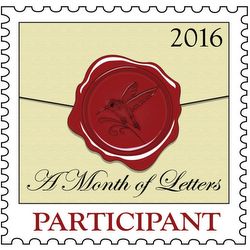 What I love about this challenge is it exercises two things, one, handwriting, and two, sending letters. I grew up in a time when instant communications was picking up the telephone and dialing someone’s house and if they were not their, you either left a message with someone else, or it just had to wait. If you wanted to communicate with someone in another city, you could call, but most times, the cost was prohibitive for anything other than critical messages. The rest wrote letters.

I spent most of my teenage years away at boarding school, and at summer camp. The idea of using a phone was just not viable. I wrote letters. Lots of letters. And I liked getting letters. If you write letters, you get letters. At least most of the time. I did have a few friends that were not good letter writers, but most wrote regularly.

Flash forward to 2016. The number of people writing letters has dropped so much that finding writing paper is a challenge. There has been a resurgence of writing, especially writing with fountain pens, but there has yet to be a similar uptick in the physical act of sending letters. But, hopefully, challenges like A Month of Letters and Postcrossing are two ways to stimulate the love of mail. If, like me, you are fascinated by letters, there is a wonderful book called To the Letter: A Celebration of the Lost Art of Letter Writing that you might enjoy as well.

Now, if you will excuse me, I need to go and write a letter. I just do not know who I am going to send it to. It might be you.